Mumbai won the Buchi Babu Memorial Trophy in the All India invitation cricket tournament. In the final match played in Chennai, Mumbai defeated Tamil Nadu Cricket Association Districts (TNCA) XI by six wickets.About Buchi Babu Trophy Buchi Babu Memorial Trophy in an annual tournament held in honour of Mothavarapu Buchi Babu Naidu. Buchi Babu born in 1868 was an Indian socialite and cricket pioneer who organised cricket clubs for native Indians. He is considered to be the “father of south Indian cricket”, who founded the annual Madras Presidency Matches, the first of which was held shortly after his death.Two of Naidu’s sons, M Baliah and C Ramaswami, played for the Indian national cricket team.Naidu challenged the social norms embodied in Madras cricket, such as the rule that forbade non-Europeans from enjoying the comforts of the pavilion during lunch and instead being left sitting under the shade of trees to eat lunch.

Australian trade minister Andrew Rob said that India has emerged as the 8th largest tourism market for Australia. In 2014, over 2 lakh Indians visited the nation in and spent about 1 billion dollars which was an increase of 39 percent. Earlier in 2013, India stood at 11th position.Till date in 2015, a total number of 207000 Indians have visited Australia. This increase was supported by the 2015 ICC Cricket World Cup held in Australia and New Zealand. 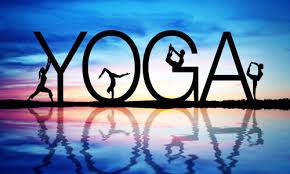 Financial assistance for this category will be as under: National Championships are to be funded, One international event in India in a year, can be funded and a Maximum of one foreign exposure each in Senior and Junior categories can also be funded during a year.

Senior IAS officer Raghav Chandra has taken over as the Chairman of the National Highways Authority of India (NHAI) . Mr. Chandra succeeds Road Transport and Highways Secretary Vijay Chhibber, who was given the additional charge of the key post in June for three months after relinquishment of charge by former chairman R.P. Singh on completion of his tenure. 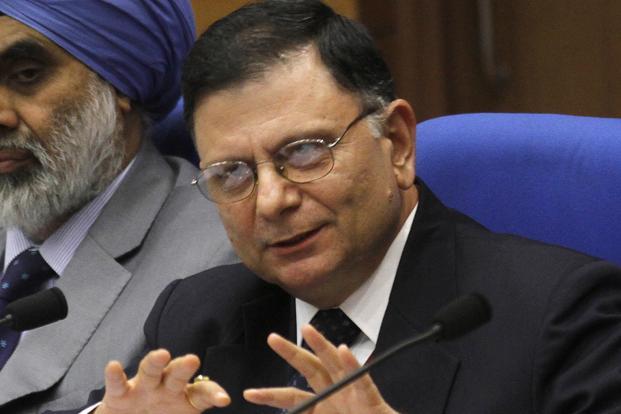 Ahead of beginning of work on the Budget for 2016-17, government on Monday designated Ratan P Watal as new Finance Secretary even as a new team of officials took charge at the finance ministry. Shaktikanta Das, took charge as the Secretary for Department of Economic Affairs after Rajiv Mehrishi on his last day in office was appointed Home Secretary for a two-year tenure. Das, who was Revenue Secretary, held discussions at length with his successor Hasmukh Adhia.Watal, 59, is a 1978-batch Andhra Pradesh cadre IAS officer while Das belongs to 1980 batch from Tamil Nadu cadre. Ministry of Railways has launched a paperless unreserved ticketing mobile application for the passengers travelling from New Delhi to Palwal Section. Now the passengers can buy unreserved tickets through their smart phones and need not visit Stations to purchase tickets. Besides, the Railways has also installed a Cash or Smart Card ticket vending machine at New Delhi Railway Station to provide unreserved tickets with a view to cater to passenger rush. Rail Minister Suresh Prabhu started both the facilities at a function organised at Rail Bhawan .

The International Monetary Fund and the World Bank said Tuesday they would hold their 2018 annual meetings on the Indonesian island of Bali.The meetings, usually held every three years outside Washington where the sibling 188-nation institutions are headquartered, will take place in Nusa Dua in October 2018, the IMF and World Bank said in a joint statement.
The 2015 annual meetings are scheduled for October 9-11 in Lima, Peru.

About IMF --The International Monetary Fund (IMF) is an international organization headquartered in Washington, DC, of "188 countries working to foster global monetary cooperation, secure financial stability, facilitate international trade, promote high employment and sustainable economic growth, and reduce poverty around the world".  Formed in 1944 at the Bretton Woods Conference, it came into formal existence in 1945 with 29 member countries and the goal of reconstructing the international payment system. Countries contribute funds to a pool through a quota system from which countries with payment imbalances can borrow.

For her contribution to India’s health care sector over the last couple of decades, Minnie Bodhanwala, CEO of Wadia Hospitals, has been bestowed with the Jan Kalyan Award by one of India’s top brand management consultancies . Two hospitals of the group – Mumbai-based Bai Jerbai Wadia Hospital for Children and Nowrosjee Wadia Maternity Hospital – were also presented “Rashtriya Pragati Award” and “Standard Certified Organisation Award” at the recently concluded 13th conference of All India Economy Survey Award Council (AIESAC).AIESAC awards recognise the world’s best economic development programme and partnership, marketing materials and the year’s most influential leaders.

Durban in South Africa will host the 2022 Commonwealth Games, becoming the first African city to be awarded the four-yearly multi-sports event.The 71 nations and territories of the Commonwealth Games Federation made the decision unanimously on after receiving Durban's final candidate city briefing at the general assembly in Auckland. Durban was the only candidate left when Edmonton, Canada withdrew its bid in February, citing costs.The general assembly also voted to increase the number of compulsory sports at the games from 10 to 16.Scotland's Louise Martin was elected the first female president of the federation, deposing incumbent Prince Tunku Imran of Malaysia who held the role for four years.Durban's final pitch to Federation members included contributions from South Africa's minister for sport Fikile Mbalula and Durban mayor James Nxumalo. The announcement was broadcast live in South Africa.

After refusing extension to Arup Roy Choudhury as Chairman and Managing Director of NTPC, the government  gave additional charge of this post to the state-run power major's Director (Technical) A K Jha for three months from September 1. The official  said that the government decided to make this arrangement because a search committee headed by Power Secretary P K Pujari is in the process of shortlisting the suitable candidates for the post.58-year-old Choudhury was appointed as head of India's largest power producer by the UPA government in September 2010 for five years term, which was extendable till he attains 60 years of age, i.e. The age of retirement.

NTPC Limited (also known as National Thermal Power Corporation Limited) is an Indian Central Public Sector Undertaking (CPSU) under the Ministry of Power, Government of India, engaged in the business of generation of electricity and allied activities. It is a company incorporated under the Companies Act 1956 and a "Government Company" within the meaning of the act. The headquarters of the company is situated at New Delhi. NTPC's core business is generation and sale of electricity to state-owned power distribution companies and State Electricity Boards in India. The company also undertakes consultancy and turnkey project contracts that involve engineering, project management, construction management and operation and management of power plants. The company has also ventured into oil and gas exploration and coal mining activities. It is the largest power company in India with an electric power generating capacity of 43,803 MW . Although the company has approx. 18% of the total national capacity it contributes to over 27% of total power generation due to its focus on operating its power plants at higher efficiency levels (approx. 83% against the national PLF rate of 78%)