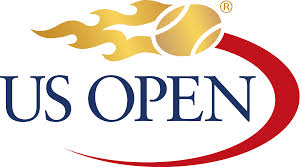 The 2015 US Open is a tennis tournament played on outdoor hard courts. It is the 135th edition of the US Open, the fourth and final Grand Slam event of the year. It takes place at the USTA Billie Jean King National Tennis Center.

prevailing against an inspired opponent and a hostile crowd in Arthur Ashe Stadium to underscore his status as the world’s No. 1 player Djokovic’s 6-4, 5-7, 6-4, 6-4 victory gave him a second U.S. Open singles title and a 10th Grand Slam singles title, moving him into a tie with Bill Tilden for seventh place on the career list. Federer remains on top of that pecking order with 17, but Djokovic has prevented him from adding to his record total.

. Flavia Pennetta, who overcame some early jitters to overwhelm her childhood friend Roberta Vinci 7-6 (4), 6-2 to win the US Open, waited until the end of the presentation ceremony to add, almost as an afterthought, "This is the way I want to say goodbye to tennis."

The Men's Doubles was clinched by the French pair : P. Herbert and N. Mahut. The french pair thrashed the pair of J.Murray and J.Peers in two direct sets by 6-, 6-4.

It is the largest annual international competition in the field of sustainability innovation, green challenge.info reported .Muufri has identified the proteins, fats, vitamins and minerals in milk and is developing a blending process that has the potential to eliminate vast amounts of greenhouse gas emissions being generated by commercial dairy farming.

The biotech startup was founded in 2014 by bio-engineers Pandya, Perumal Gandhi and Isha Datar.The winner of the Dutch Postcode Lottery-organised award was Jurriaan Ruys (47), co-founder of the Dutch start-up Land Life Company.Ruys won 500,000 euro for his technology for nature restoration."It is inspiring to see how these green entrepreneurs are contributing to a better world... All of these ideas have potential for business success and to go to scale -- which is the only way we are going to tackle CO2 emissions," Howard was quoted as saying.

Qatar's emir has appointed an ambassador to Iraq, the first since the embassy was closed 25 years ago, Iraqi and Qatari media said, in the latest sign of a thaw in relations between Gulf Arab countries and Iraq.Iraq's foreign minister had said in May that Qatar would open an embassy in Baghdad.

Qatari state media as well as Qatar-owned Al Jazeera said on their websites that Sheikh Tamim bin Hamad al-Thani had issued a decree appointing Zayed al-Khayareen as Qatar's "ambassador extraordinary and plenipotentiary to Iraq".Tensions between the Sunni Muslim-ruled states of the Gulf and Iraq, which has a Shi'ite majority, have eased since Prime Minister Haider Abadi took office last year.A rapprochement could help strengthen a regional alliance against Islamic State militants who have seized vast areas in both Iraq and neighbouring Syria.

Saudi Arabia also signalled its intention to reopen an embassy in Baghdad earlier this year and has invited Abadi to visit the kingdom.Some Gulf states have viewed Iraq as being too close to their main regional rival, Shi'ite power Iran.Abadi's predecessor, Nouri al-Maliki, had accused both Qatar and Saudi Arabia of funding Islamic State insurgents, allegations denied by both countries.Iraq recalled its ambassador to Qatar this week after the foreign ministry denounced a conference hosted by Doha it said included attendees wanted by Iraqi courts on terrorism charges.

Andhra Bank Managing Director and CEO (Additional Charge) SK Kalra has launched SPEEDPAY - an open loop mobile wallet in association with BSNL and PYRO technologies here .Speaking on the occasion, he said the SPEEDPAY allows people to use them for all sorts of utility payments and easily rechargable and very simple to operate from the Mobile.

Indian Naval Ship Vajrakosh was commissioned  by Defence Minister Manohar Parrikar at Karwar in Karnataka.  INS Vajrakosh, the latest establishment of the Indian Navy will be a premier naval base in the coming years. It will be third major base on the Western seaboard as there are plans to have some of the vital naval assets in Karwar.

Defence Minister Manohar Parrikar was given a demonstration of the modern ship
“Naval units operating out of Karwar are required to be equipped with specialised armaments and missiles. These sophisticated missiles and ammunition require special storage facility and specialised servicing facilities. INS Vajrakosh will have all required infrastructure and is manned by specialists to meet these requirements,” mentions a statement.

The Union Cabinet gave its approval for the maiden National Offshore Wind Energy Policy.The focus of the policy is to harness offshore wind energy potential in India’s Exclusive Economic Zone (EEZ). The EEZ is an area up to 200 nautical miles from the coast.

The Ministry of New & Renewable Energy (MNRE) is the nodal ministry for the implementation of the policy.The National Institute of Wind Energy (NIWE) is the nodal agency for execution of offshore wind energy projects.The policy will be applicable throughout the country depending upon offshore wind potential availability.

India has high offshore wind energy potential along the coastline of 7600 km. This maiden policy is the right direction to undertake comprehensive measures for the development of this sector.The policy is also multi-faceted in the sense that it seeks to achieve energy security, development of indigenous technologies in the offshore wind energy sector and achieving environment sustainability.

The policy will also help in creating employment opportunities in coastal states like Tamil Nadu, Gujarat and Karnataka where the offshore wind potential is high.India has achieved significant success in the onshore wind power development, with over 23 GW of wind energy capacity already installed and generating power.

Rajasthan has become the first state in the country to submit State Annual Action Plan under Atal Mission for Rejuvenation and Urban Transformation (AMRUT) targeting universal coverage in respect of water supply connections and sewerage connections to all urban households in the state. The State Government has proposed projects under these two categories worth Rs.1,087 cr for approval by the Union Urban Development Ministry during the current financial year.

These cities have been identified by the state government in line with the principles of prioritization suggested in the Mission Guidelines after analyzing the gaps in coverage in respect of household water supply connections and sewerage network services. For the first time in the country, formulation of urban development plans including identification of projects, their appraisal and approval has been delegated to the States and Rajasthan has become the first state to act under this new architecture.

The order was passed by a three member bench headed by Chief Justice Jawwad S. Khawaja while delivering judgment in a case. The petitioner Advocate Kokab Iqbal through his petition wanted promotion and implementation of the national language. The Court also ruled that under the 1973 Constitution it is must to adopt Urdu as official language. It also ordered that there should be no delay in implementation of Article 251 in line with Article 5 of the Constitution. It also issued nine guidelines for making Urdu the official language. 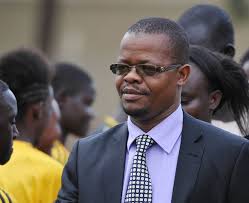 "We wish you success and enjoyment in this role at FIFA and look forward to welcoming you soon in Zurich," said the communication sent to the Uganda FA president.Magogo is also a member of Confederation of African Football Inter-clubs competitions committee.

The following are the important highlights of e-Tourist Visa during August, 2015:

(iii)    This high growth may be attributed to introduction of e-Tourist Visa for 113 countries as against coverage of earlier TVoA scheme for 12 countries.

(v)    The percentage shares of different ports in tourist arrivals on e-Tourist Visa during August 2015 were as follows:

PepsiCo CEO Indra Nooyi is the sole Indian-origin executive in Fortune's list of 50 most powerful women in business, which has been topped by General Motors CEO Mary Barra.

India-born Nooyi is ranked 2nd on the list, moving up a notch from her third position last year. Fortune said about the 59-year-old top executive that she beaten back a challenge from activist investor Nelson Peltz, landing a big marketing deal with the NBA, and managed to post 4 per cent organic revenue growth in 2014.

Barra tops the Fortune list of 50 Most Powerful Women in Business and in her second year as head of the nation’s largest auto-maker. The list also includes IBM CEO Ginni Rometty on the third rank, Facebook COO Sheryl Sandberg on 8th, and Yahoo CEO Marissa Mayer at 18th.