The American Federation of Muslims of Indian Origin (AFMI) has honoured India-born entrepreneur and philanthropist, Frank Islam with the "Pride of India" award. India's Consul General in New York Dnyaneshwar M. Mulay  conferred the award upon Islam who had donated $222,000 in May this year to the Aligarh Muslim University in India, He currently heads the FI Invest Group - a firm that he established after he sold his information technology firm called the QSS Group in 2007. He has written two books on the American condition, titled "Working the Pivot Points: To Make America Work Again" (2013) and "Renewing the American Dream: A Citizen's Guide for Restoring Our Competitive Advantage" (2010). Past winners of "Pride of India" award include noted lyricist and song writer Javed Akhtar and Rehman Khan, former union minister of minority affairs in India

Distinguished scientist S.A.V. Satya Murty will take over as the next director of fast breeder research unit Indira Gandhi Centre for Atomic Research (IGCAR), Murty, now director, electronics and instrumentation and radiological safety group will take over as IGCAR's director. The incumbent P.R. Vasudeva Rao retires on August 31.Murty was a 1977-batch gold medallist in his B.Tech at the Jawaharlal Nehru Technological University, Kakinada.He joined one year orientation course in Nuclear Science and Engineering at Bhabha Atomic Research Centre (BARC) and was awarded Homi Bhabha prize for topping his batch.

About IGCARThe Indira Gandhi Centre for Atomic Research (IGCAR) is one of India's premier nuclear research centres. The centre is engaged in a broad-based multidisciplinary programme of scientific research and advanced engineering directed towards the development of Fast Breeder Reactor technology. The Reactor Research Centre set up at Kalpakkam, India, 80 km south of Chennai in 1971 under the Department of Atomic Energy (DAE) was renamed Indira Gandhi Center for Atomic Research (IGCAR) in 1985

Shri Arun Jaitley, Union Minister of Finance, Corporate Affairs and Information & Broadcasting has said that globalisation is a reality and higher growth is best response to poverty. The minister was speaking after the release of a book “Globalisation, Democratization and Distributive Justice” authored by Prof (Dr.) Mool Chand Sharma, Professor of Law at Delhi University and presently the Member of Law Commission of India here in New Delhi today.

The Minister said history many times changes its course because of unusual forces. Developments beginning from 1990s do testify this course change taking place all over including India. He said, these forces which author says could be loosely described as forces of globalisation and which are re-shaping the world of today include: the shifting of economic centres of gravity from Europe and America to Asia; accelerated impact of technological revolution; dynamics of changing demographics and the breathtaking interconnectivity between trade movement of capital, people and information. According to author, these forces have accelerated and fed each other bringing profound changes in every walk of life of nations, societies and individuals be it economic, political, social or cultural. Societies unable to adapt to these dramatic changes are likely to collapse. No doubt these vast changes have brought alongwith them number of paradoxes and conundrums such as rising prosperity on one side but widening poverty on the other; need for development especially of infrastructure on one side and the cost in terms of loss of livelihood, habitat and traditions of tribals and forest occupies and small farmers on the other. It is highlighted that dealing with these paradoxes and fast occurring changes do demand introduction of reforms in economy, politics and the way a society manages its institutions.

The Sixth Joint Military Training Exercise between the Indian Army and the Maldives National Defence Forces (EXERCISE EKUVRIN – VI), will be conducted at Pangode Military Station, Trivandrum, Kerala from 31 Aug to 13 Sep 2015. A total of 45 soldiers each from the Maldivian National Defence Force and the Indian Army will take part in this exercise.

The bilateral annual exercise, which commenced in 2009 in Belgaum, India, is alternately held in India and Maldives with the aim of enhancing military cooperation and interoperability between the two countries and increased understanding between both armies. The Exercise will commence with an opening ceremony on 31 Aug 2015 at Pangode Military Station. The concluding phase of the exercise will incorporate a tactical exercise which will be witnessed by senior military officers from both the countries, who will review the standards achieved by both the contingents. 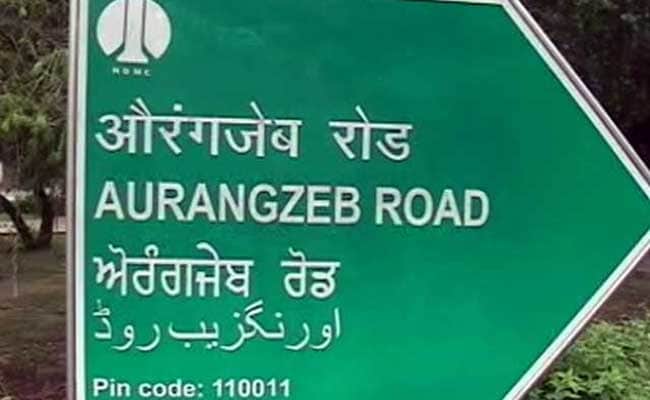 The popular Aurangzeb Road, named after the Mughal ruler Abul Muzaffar Muhi-ud-Din Muhammad Aurangzeb in Central Delhi that links a few of the most important sites in the area has been renamed. The New Delhi Municipal Corporation (NDMC) has decided to rename the Aurangzeb Road as Dr. APJ Abdul Kalam Road. The NDMC took this move after getting clearance from the Union Ministry of Home Affairs. The area located around Aurangzeb Road is considered as one of the most expensive properties on the Indian subcontinent. The road links the Shahjahan Road and Safdarjung road. A few of the most expensive hotels in India are located on this road.

Prime Minister Narendra Modi  paid tribute to hockey legend Major Dhyan Chand on his 110th birth anniversary and extended best wishes to all sports enthusiasts across the country on the occasion of the National Sports Day. National Sports Day in India is celebrated on the August 29. This day marks the birthday of Dhyan Chand,the hockey player who won gold medals for India in year 1928,1932 and 1936. This day is celebrated by organizing friendly matches between different Indian hockey teams at the Dhyan Chand National stadium in New Delhi which was constructed in the respect and honor of Dhyan Chand. A monumental moment in Greek politics happened when Vassiliki Thanou, president of the country's Supreme Court, was sworn in as the first female prime minister in the nation's history. The 65-year-old justice was named to head a caretaker government until the country holds early elections next month.After a final effort to get political party leaders to form a coalition led by former Energy Minster Panagiotis Lafazanis failed, President Prokopis Pavlopoulos was obligated to appoint a caretaker administration. She has been the President of the Court of Cassation, one of Greece's three supreme courts, since 1 July 2015, and is currently the most senior judge in Greece.

The Indian women’s hockey team has become the 10th side to qualify for next year’s Rio Olympics. India had last played in the Olympics in 1980, the year in which women’s hockey made its debut in the mega event, and finished fourth after losing to the Soviet Union in the bronze medal match. India has qualified only second time in the Olympics since its inception

The International Day against Nuclear Tests is observed on August 29. It was established on December 2, 2009 at the 64th session of the United Nations General Assembly by the resolution 64/35, which was adopted unanimously.The resolution in particular calls for increasing awareness "about the effects of nuclear weapon test explosions or any other nuclear explosions and the need for their cessation as one of the means of achieving the goal of a nuclear-weapon-free world". The resolution was initiated by Kazakhstan together with several sponsors and cosponsors to commemorate the closure of the Semipalatinsk Nuclear Test Site on August 29, 1991.Following the establishment of the International Day against Nuclear Tests, in May 2010 all state parties to the Treaty on the Non-Proliferation of Nuclear Weapons committed themselves to "achieve the peace and security of a world without nuclear weapons".

About Sania Mirza --She is the third Indian woman in the Open Era to feature and win a round at a Grand Slam tournament . She has also won a total of 14 medals (including 6 Gold) at three major multi-sport events, namely the Asian Games, the Commonwealth Games and the Afro-Asian Games.Mirza was named one of the "50 heroes of Asia" by Time in October 2005. In March 2010, The Economic Times named Mirza in the list of the "33 women who made India proud". She was appointed as the UN Women's Goodwill Ambassador for South Asia during the event held to mark the International Day To End Violence Against Women on 25 th November 2013 .