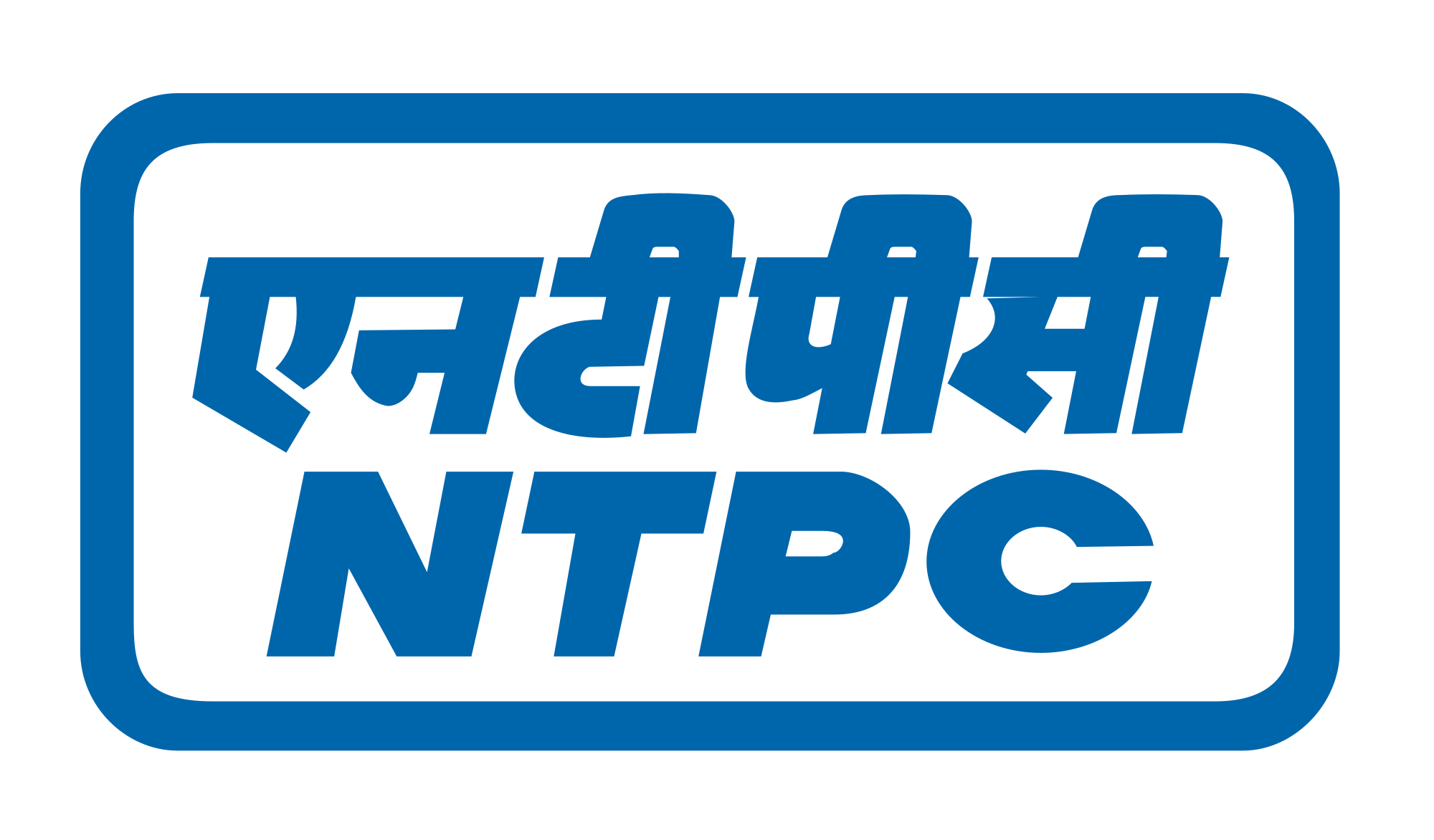 About NTPC--NTPC Limited (also known as National Thermal Power Corporation Limited) is an Indian Central Public Sector Undertaking (CPSU) under the Ministry of Power, Government of India, engaged in the business of generation of electricity and allied activities. It is a company incorporated under the Companies Act 1956 and a "Government Company" within the meaning of the act. The headquarters of the company is situated at New Delhi. NTPC's core business is generation and sale of electricity to state-owned power distribution companies and State Electricity Boards in India. The company also undertakes consultancy and turnkey project contracts that involve engineering, project management, construction management and operation and management of power plants. The company has also ventured into oil and gas exploration and coal mining activities. It is the largest power company in India with an electric power generating capacity of 43,803 MW . Although the company has approx. 18% of the total national capacity it contributes to over 27% of total power generation due to its focus on operating its power plants at higher efficiency levels (approx. 83% against the national PLF rate of 78%).It was founded by Government of India in 1975, which now holds 70% of its equity shares on 13 May 2015 (after divestment of its stake in 2004, 2010, 2013, and 2015).
In May 2010, NTPC was conferred Maharatna status by the Union Government of India. It is ranked 424th in in the Forbes Global 2000 for 2014.